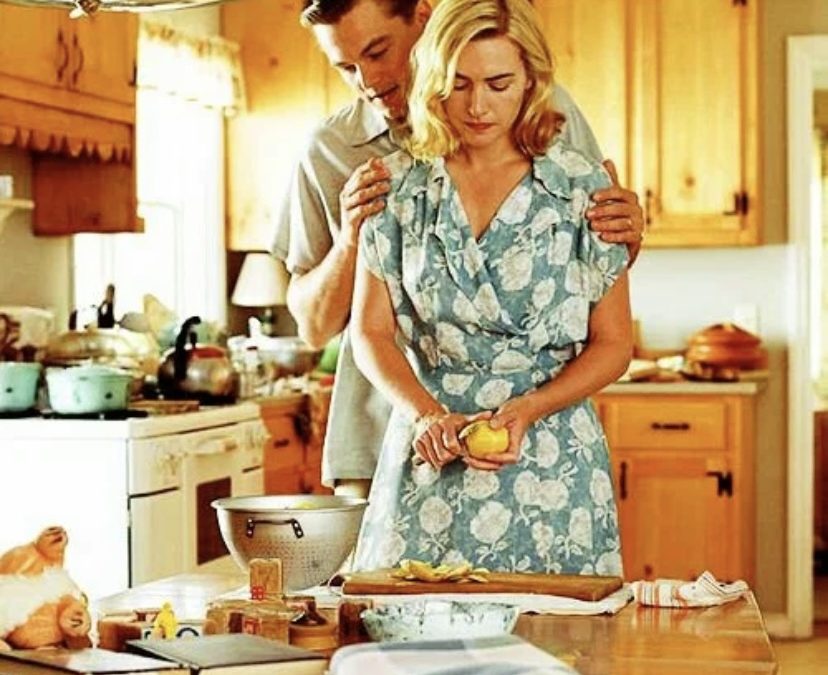 Revolutionary Road or Boulevard of the broken dreams… Currently available on Netflix, it’s the story of a failed revolution: that of our society and of women’s (but also men’s) emancipation.

Revolutionary Road is the novel by Richard Yates. Revolutionary Road is a film. Revolutionary Road is the name of the street where April and Frank Wheeler  (Kate Winslet and Leonardo Di Caprio), a young American couple, decide to live. We are in the ‘50, the American province couldn’t be more conformist but those characters are not, or pretend not to be. April is an actress, Frank a dockworker, but according to April, our job doesn’t define our value, though these words immediately focus on the problem of identity. Who are we? Are we what we do for a living? How important is to discover it in a life time? Also, what is a man, what’s a woman?

Frank can’t get rid off his patriarchal mentality and April’s career as actress doesn’t take off, so their anti-conformism ends in Revolutionary Road.

Frank gets an ordinary job, she becomes “femme au foyer”, they have children.

As a consequence, April is unhappy and Frank has a lover. Until when, April suggests to move to Paris, to lead a European life. Frank agrees and, soon after, they have sex. A two minutes intercourse, during which she got pregnant again.

Maybe Frank does it on purpose. However, she doesn’t want the baby, while he tries to persuade her to continue her pregnancy. Is he selfish? Is this for Frank, as for many men, a way to control women and their love? By contrast, he loses her.

For April, living a conformist life meant to die, she had nothing to lose and decided to abort by herself, provoking her own death and leaving Frank alone, eventually, with a big sorrow and two little children.

What emerges from the film is the incommunicability of the couple and in society; in the ’50, as well as nowadays. Behind every betrayal and every suicide there are tons of words: unspoken or unwritten.

What should we learn from this film is that maybe ambition, which for April came before her love, her child and herself, is but our struggle to express ourselves. April knew who she is, Frank maybe didn’t: was the failure unavoidable?