Oliver and spaghetti mussels at dawn in Villa Borghese 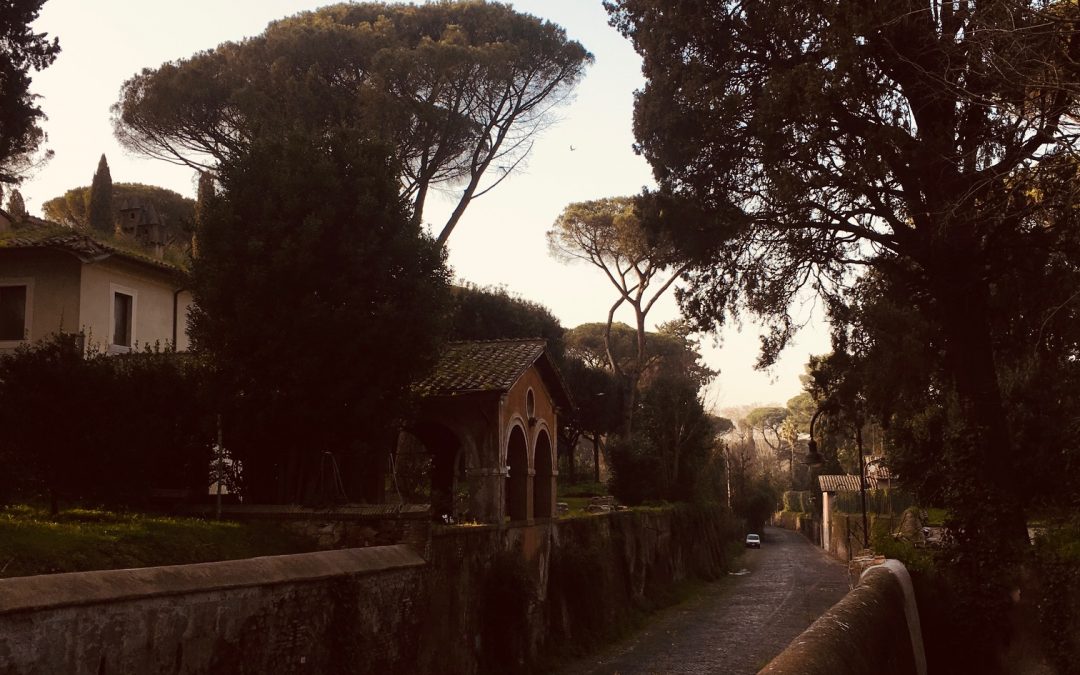 A funny, romantic story about rainbow guy, umbrella pines and oyesters, waiting for the dawn…

Dear Oliver, if I had to remember you, it would be as “Rainbow guy”. One day, at University, you asked the French professor a question, you wanted to know something about the origin of rainbows in fairy tales and one day, as she wanted to answer you without knowing your name, she called aloud in front of eighty students “Where’s “Raimbow guy?”. You entered the classroom like a mini Jim Morrison, a nice face, long hair curling down, and your father’s shoes, twice your size. And you sat next to me, why precisely me I don’t know, perhaps sensitive souls recognise each other by smell, and you started to talk to me. When class finished, while I was speaking with a friend, you let the “Cantico dei cantici” slide into my school bag. I opened the book and, on the first page, your trembling handwriting invited me to go see the equinox or maybe just go for a coffee”.

I remember the way you talked, so proper and without any accent, your sensual voice, your Swiss roots, though your mother was English and your father, French. I didn’t know you but I was certain you were someone special. You weren’t enrolled at the University, but you’d wanted to attend Villa Mirafiori for a while, perhaps the faculty that spoke to you the most. “I’m in Rome to look around and find some inspiration”, you told me. After a class once we took a walk to the city centre, we passed under the “Accademia del superfluo” arcade, your apartment was there, and you said “my neighbour is a certain Niccolo Fabi, he’s famous here apparently”. We went up and entered a studio flat full of etchings and books. “I won a literature competion a while ago, you know, and they even set my poetry to music”, he tells me in a disenchanted, disillusioned tone, as though what he was saying belonged to a very remote time. Then he showed me an etching of a shell; it’s strange, I drew the same once. He doesn’t speak in an arrogant way, my friend, but it’s detached, as if he needs to distance himself, otherwise he wouldn’t be able to bear the impact. We go down and walk through the beautiful Campo dei Fiori, we’re in 1998, the economic crise is still a long way off. There is still the Birreria at the corner, with its huge barrels full of wrapped nuts, free service, and where, inside, you could even find oysters, and that “je ne sais pas quoi” of a Rome still charming and full of energy. “Let’s go in”, you say “what do you prefer oysters or Porchetta?”, “Porchetta” I answered. Then we go to the Campo dei fiori bakery, but it is always so difficult to find good bread in big cities, except in Paris, so we decided not to buy any.

Villa Ada, it’s a sunny day in Rome, we lay on the green and, during the conversation, you try to kiss me, but the approach is a failure, so you say “well, I’ve always liked capricious girls”. I smiled, you were trying to act like a man but you were younger than me.

I remember when you came and visited me in my provincial village, you got off the train dressed up in your white suit, like an English tourist visiting Greece, totally out of context, unfortunately. In your pocket, a bottle of white wine, you even remembered le tire-bouchon. We went for a stroll that evening, but when it was time to go, there were no trains to Rome, so you decided go the 40 km back to the city on foot, “I’m not sure this guy is entirely well”, I think, so I call my sister, who comes with her boyfriend, to help us, and we give him a lift back to Rome. It’s 4 am, so why don’t stay and wait for the dawn to come at villa Borghese, with a spaghetti-and-mussels pic-nic, he proposes. My sister whispers to me “Sore’, te li trovi tutti tu” means “sis, you always find such extravagant guys”.

He came back to Villa Mirafiori, Oliver, to tell me goodbye, before leaving. “Come with me to Switzerland” he asked, where he used to write for a newspaper. I’m flattered, but I have to finish my studies… so he has only his little Roman cat to bring back home. For me, life went on in the eternal city. I was just in front at one of the many crossroads that we meet in our life, and I made one choice instead of another. Over the time, sometimes, I have wondered where he is and what he’s doing, I’d like him to read these few lines but I don’t know if he’s into social networks or not. He offered me ‘a brin de poesie’ at the threshold of the twenty-first century, and this is my way of saying, to him, thank you.