Nero at The British Museum: trying to depict a different figure of the Roman Emperor 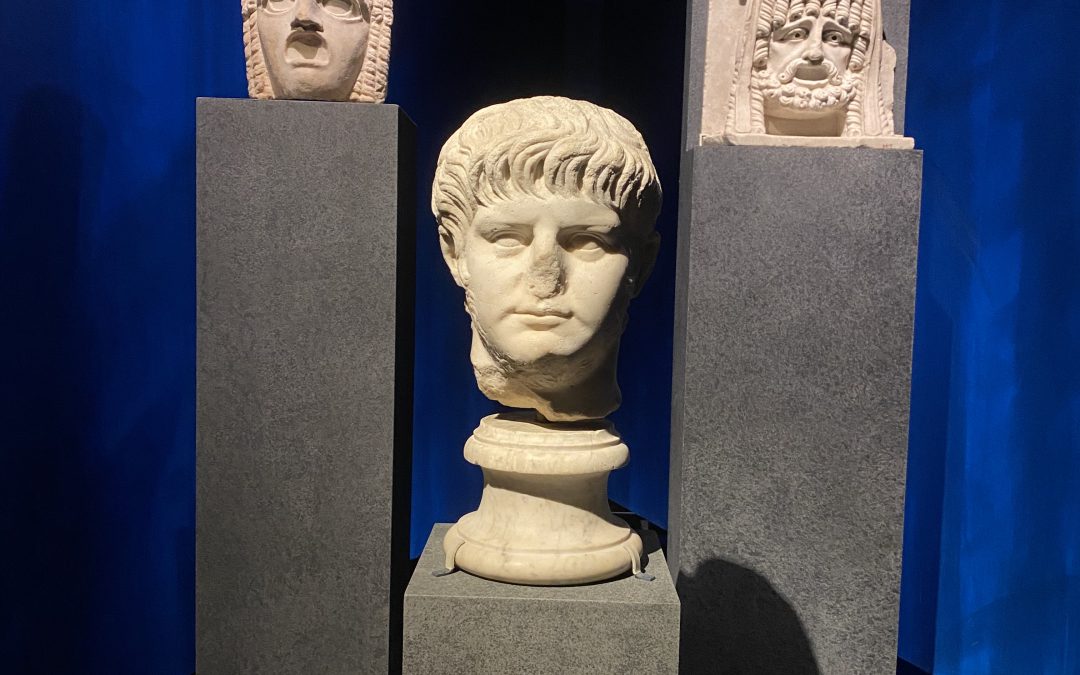 Nero at The British Museum – In a very crowded British Museum, which overcomes every good sense during a pandemic, Nero’s exhibition is taking place. In light of the new researches, and ranging from vain things, like the fashionable Nero’s haircut, to his major life events, the exhibition tries to depict a different figure of the Roman Emperor. 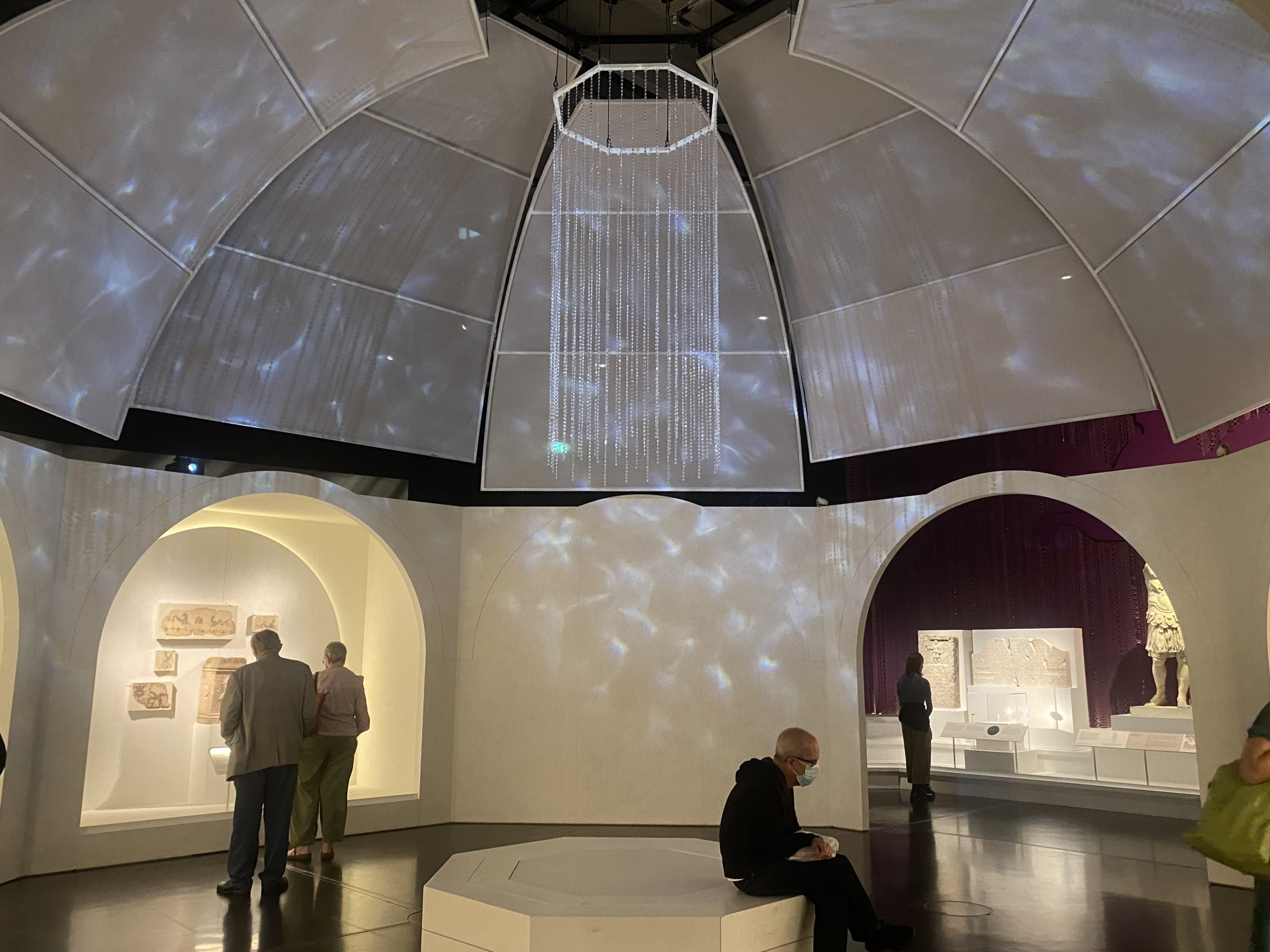 Recently, the scientist Dimitri Landeschi, advanced the hypothesis that the guilty of the Great Roman Fire was a group of fanatic Christians, very likely colluded with some senators, rather than Nero. How so many historians could be wrong before ? How to know the truth ?The exhibition questions about this controversial character – the last descendent of the Augustan dynasty, who became emperor aged of 16 – and ask the visitor to make up his own mind.

Nero was known for his cruelty, debauchery and madness, but also for his grand projects, which culminated with his masterchief: the Domus Aurea – where another interesting exhibition is taking place: Raphael and the Domus Aurea. The invention of grotesques, that focus on its mysterious frescos, some of which are showed in London, in particular the one celebrating Nero as the Sun. They were of interest during the Renaissance and we can admire some later reproductions in the Vatican, in the Bibbiena’s apt. 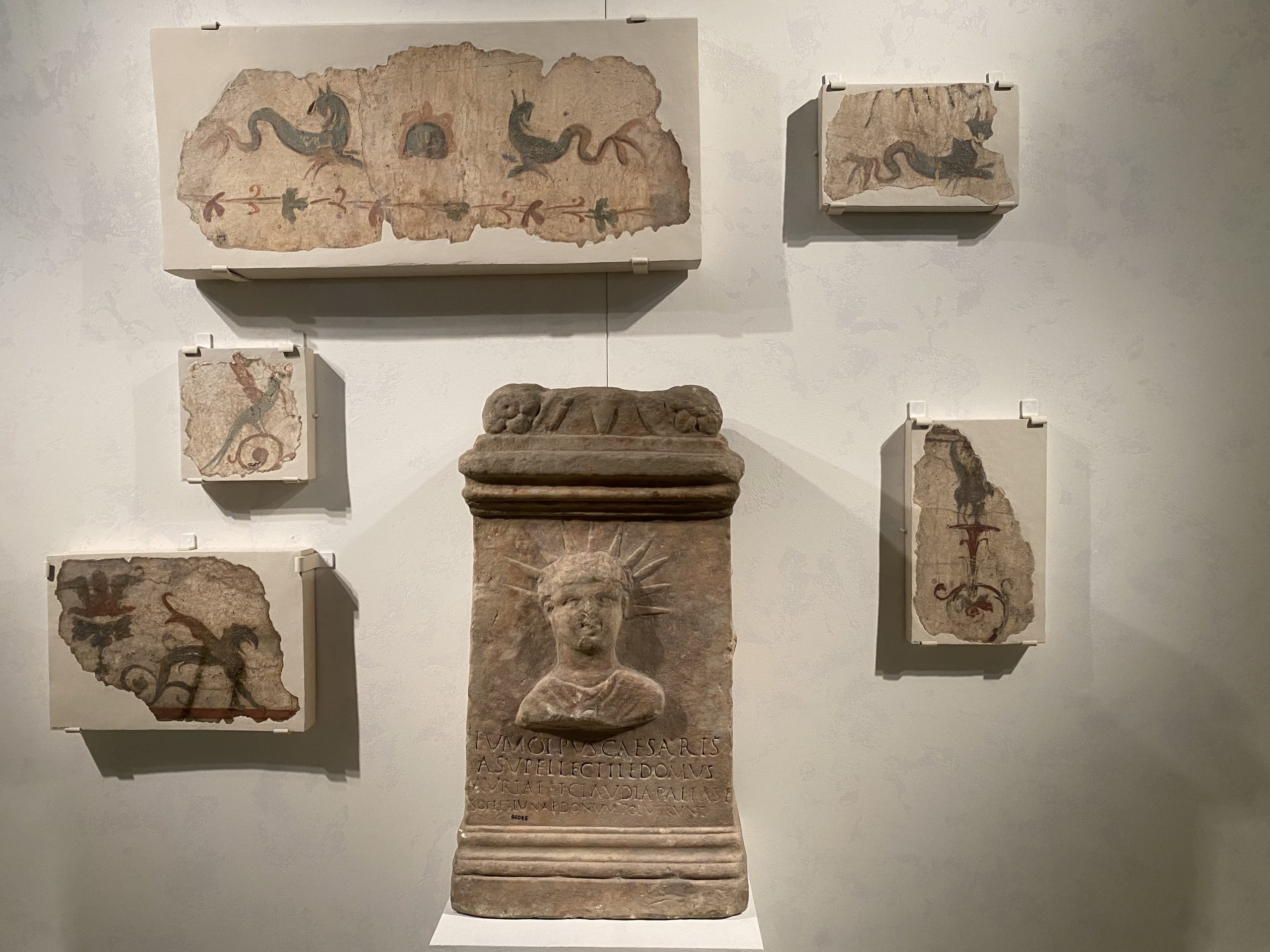 But Nero was also famous for being popular among people. In breaking with the aristocratic traditions, and becoming actor himself, he provoked the discontent of aristocracy, though during his Empire, they even became richer. He involved the masses introducing new forms of entertainment, but this inclusiveness disappointed some members of the Senate. Were they upset with Nero extravagant habits or with his inclusiveness? Nero liked sumptuous banquets and lavishly decorated houses: its pivotal room and gardens inside the Domus Aurea, brutally destroyed by aristocracy when he died, are an example. He had refined taste but also wanted to be popular, and considered himself an artist.

Was he a young, inexperienced ruler trying his best in a divided society, or the merciless, matricidal megalomaniac history has painted him to be? He was certainly young and inexperienced, though well educated by Seneca, and strongly influenced by his mother Agrippina, a very  ambitious woman. Seneca, the great thinker, had himself controversial feelings towards Nero. He admired him at the beginning but then tried to run away from his craziness. Nero felt himself betrayed by them, which could be true, but what does not find any justification is the fact that he made them killed. He was crazy, despite some good qualities he had. And craziness must be cured. This could be the negative effect of power, if you are not able to run it and stay wise. Also, something went wrong during the path: who was Nero’s father? Often, the answer is there. We give to much attention to the mother, but the father is as important as her, this is why, often, great minds miss their goals.

In choosing Poppea, Nero kept his distances from his mother, who preferred Claudia to Nero’s second wife. We don’t know if Poppea died because of her pregnancy or because of Nero, but either Nero loved her very much or he felt terribly guilty towards her. In fact, he married a man who looked like her, Spraco, who seems to be the first having had sexual surgery at that time.Poppea died and he married Messalina, who survived to him. 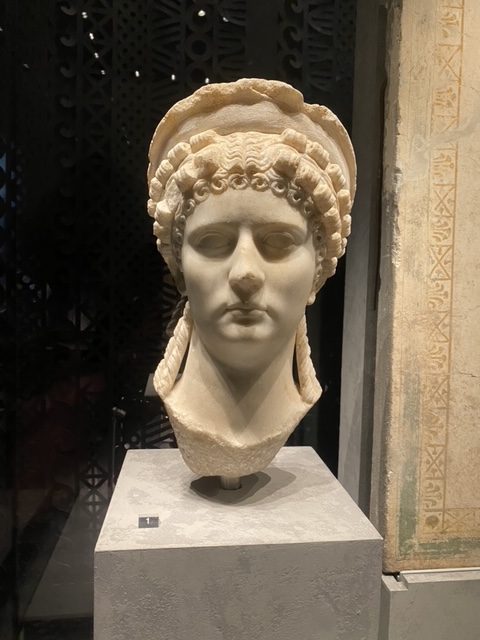 Nero died aged 30. After inducing many people to suicide, the same happened to him. Someone wrote for the occasion: the powerful were pleased, the people sad, the army had mixed feelings, How do you feel?