Some curiosities about the Mansion at 25 Champs Elysées

Blanche, Therèsa, Esther, M.me Herz, Marquise de la Païva and eventually, Countess. She would even had become princess if she hadn’t died, because Count Guido Henckel later in his life became a Prince. Surrounded by musicians and writers, such as Wagner, Listz, Flaubert or Zola, la Marquise used to host the European Gotha in her salons. From the Russian ghetto to the Gotha, as someone ironically said. Although not many women attended, because of her reputation. Esther, which was her first name, used men to climb the staircase of society, being born in a poor Russian family, and being born a woman. Unfortunately, speaking many languages and having good sense of business wasn’t enough for her to be redeemed. Nonetheless, in 1867 the Hotel de la Païva was the place to be. She built her palace together with the help of her husband, Guido Henckel de Donnersmarck. Ten years work,10 millions gold francs (about 40 million euros) spent, though the couple moved only in 1866. For her Maison de rêve, la Païva wanted the architect Pierre Manguin, whom she met during the World Exposition of 1855. She had seen a magnificent bookcase in ebony, bearing his signature and bought it. Napoleon III wanted to buy it as well, but he found that it was too expensive. She didn’t want a builder, as any decision should be taken by her. Manguin understood this and placed his ateliers in the nearby jardin d’hiver, in order to give her total control. Ceilings were decorated by Baudry, the one who will be in charge with the foyer of the Garnier Opera, while Dalou sculpted many pieces, included the bed (below). 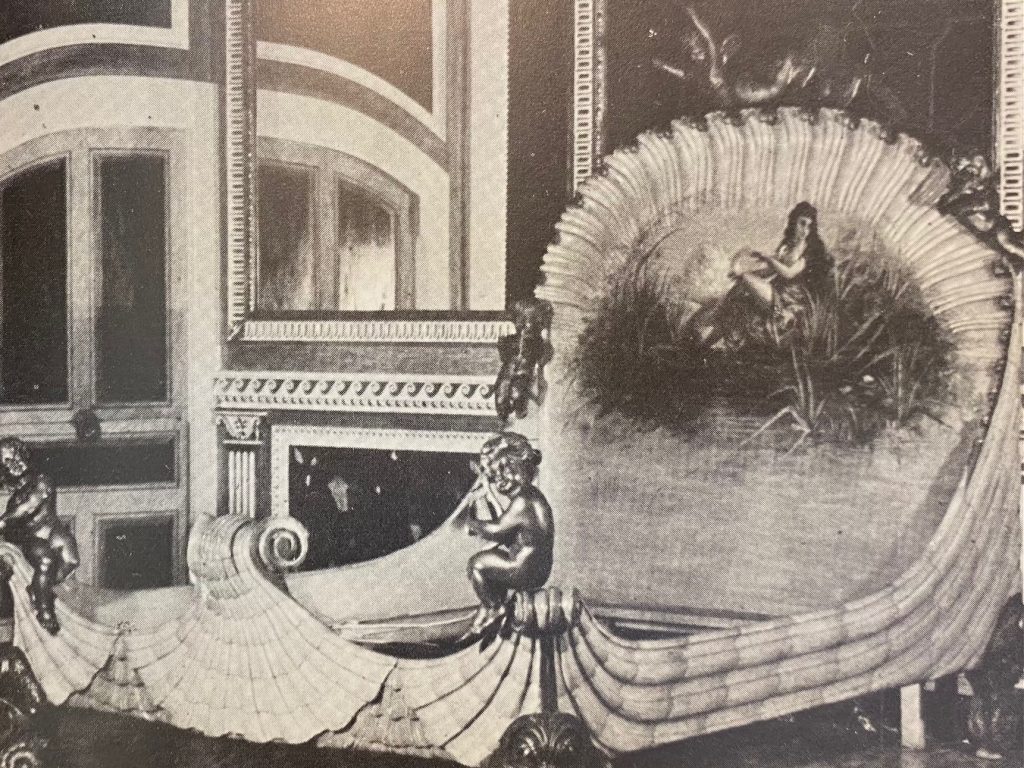 Both these artists were unknown at that time so Blanche, as Guido used to call her, was also able to discover talents, and she had a very modern taste, in addition. In 1893, when the house was sold by her husband, many pieces went lost over the years (below: lost piece which decorated the main dining room). 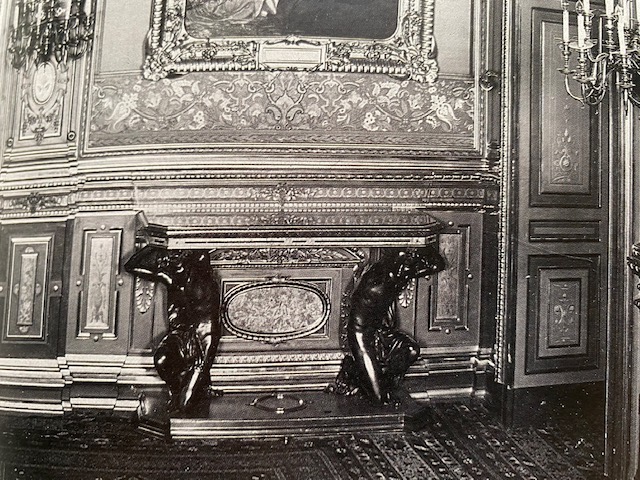 Some were chefs d’oeuvres, such as the bed, which cost 100000 francs, but later, this one was found out by the director of the Neuilly Museum. Henckel sold the house to a berliner banker, a certain M. Soloschin, for 1 167 556 francs, and separetely le mobilier, for 252 444 francs. He sold it because his new wife found the Mansion quite horrible. Then the banker rented the place to a restaurant and, when he died, it was sold at auction to three owners: la companie d’Assurance Generale, M. Henry Bloch and les frères Bernheim, who sold the stables. In 1903 the Travelers’ club rented it, and later on bought the Hotel, taking care of what remained. Gouncourt brothers used to call it “The Louvre of the ass”, due to the many paintings and sculptures representing Therèse in her nudity. Anyway, they used to say of their friend that she was “bête mais jamais sote”, something that couldn’t be denied. But who really she was.

Most about her came to us from Théophile Gautier, to whom La Païva told her story. As many women freshly arrived in Paris, she made up aristocratic origins. Was M.me de Maintenant, another famous courtisan, really her descendant? A harsh and envious mother, a marriage with an older man, a french couturier, when she was very young and was living in a country she wanted to escape from. It is told that during her youth, mirrors were forbidden to her. Clever, lucky, beautiful, and above all unforgettable in bed, this is how she overcame her rivals, when she wasn’t that young anymore. She was tall, with round eyes and an aristocratic stride. In life, she knew how to “sublimer la rancune par le triomphe”, which also implies an extraordinary courage. She was keen on business and one of the first women to enter this male field. When she left Russia for Paris, abandoning her husband and child, she started to work at Elisa la Farcy, who run a famous maison close, whose less prestigious clients were ambassadors. It must be specified that a courtesan at that time meant power, because they were richer than wives and spent a lot of money, helping the economy of the country. According to Houssaye’s words a  “courtisane puritaine” is : “… un billet en circulation qui a d’autant plus de valeur qu’on y lit plus des signatures”. She attended the most famous Parisian coffees like la Maison Dorée, and balls, such as the very popular bal Mabille. She met Herz the musician in Ems, as spa were fashionable at that time. She was fond of music, since her childhood. Herz taught her to play the piano, with him she discovered “l’amour physique partagé” for the very first time, and she thought it was total love. She became Mme Herz, this is how Herz introduced her to his friends, thought they couldn’t be married because she already was. Herz introduced her to intellectuals and artists but then he left for America without her. In Paris, she kept carrying on “une vie très mondaine”, provoking Herz’s brother’s anger, because of her crazy expenses, so when he became aware that they weren’t really married, he literary kicked her off without a penny. In the meantime, Herz married someone else. 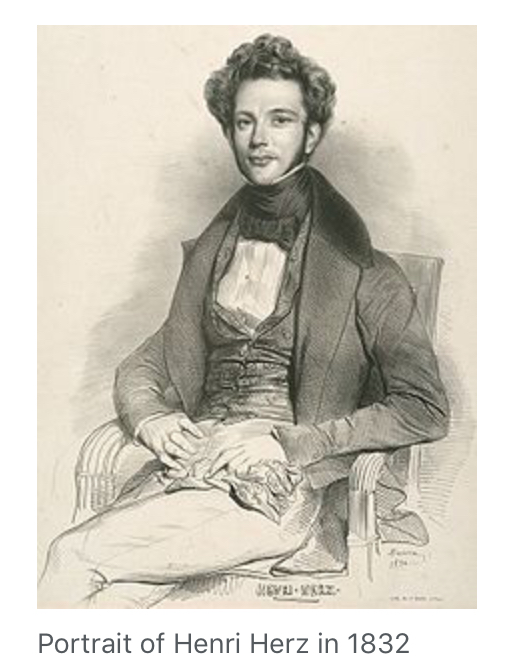 France was going through financial troubles in the meanwhile, so Thérèse decided to leave for London. England was a less populated country than France at that period, and full of good opportunities. There, among her lovers, she met Lord Stanley of Derby, the man who launched the basis of the Franco-British alliance, and also provided for her accommodation in Piccadilly. We know very little about her stay in London. She certainly had clients and lovers, and came back to Paris with a lot of money and a good knowledge of finance. In Paris, Napoleon III was encouraging the economy, though at the expense of political freedom. But she lacked of titles, so in that period she married a Portuguese, Le Marquis de la Païva, and she left him immediately after, as agreed. Later on, he will commit suicide. She always said she couldn’t live without being rich, though Les Tuileries was still forbidden to her, so her third husband really came at the right moment. Guido Henckel was rich, aristocratic and 11 years younger than her. 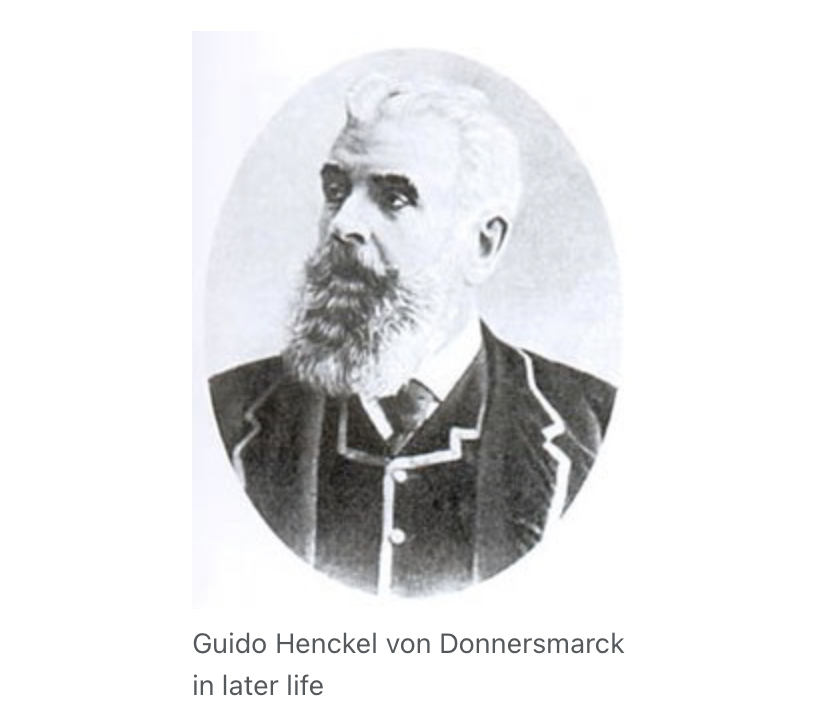 A clever man, Bismarck’s advisor, who used to say to his friends that he wouldn’t have married a girl of his society. When he met La Païva, he wanted to marry her, and in order to achieve his purpose, he also obtained the annulment of her wedding by the Sacra Rota. She was Countess now, and châtelaine, as Guido bought her le château de Pontchartrain, which also meant to possess a piece of that France which both had chosen as their country; it is told that A.Houssaye, during a soirée au 25 des Champs Élysées, asked her “C’est l’amour qui vous a appris le français?, “Non, c’est la France qui m’a appris l’amour”. When the Russian war broke out, she was accused of espionage, because Guido was Prussian. Moreover, Gambetta used to attend her salon on Friday evening, which lead public opinion to some misjudgements. She was obliged to leave Paris in 1880, for their house in Silesia, where she died 4 years later. A macabre story is told about her dead body: it was found by the Count’s second wife, Chaterine Sleepzow, preserved in a coffin and floating into alcohol, somewhere in the house.

Inside the Mansion Today

The currently directeur of the Travelers’ Club, M. Du Plessis, kindly lead us through this beautiful Mansion “qui transpire encore le mystère de l’alcove”. The staircase is made of 35 steps, each one cut in only one bloc of yellow marble, a stone used by Napoleon III. On the top of it, the octagonal lantern diffuses and accentuates the light and the dazzle of the stone. On the wall, la Païva as horsewoman, by Cugnot, which resembles la Galatée by Raphael. At the top floor, three shells shelter Dante, Petrarca and Virgilio; Manguin built it in Neo Renaissance style, according to Blanche’s will. This was her way to renewing with the Italian Renaissance. Rome, and Florence are represented through Brisset’s allegories: the roman wolf and the venetian Aphrodite. Venice is the one which would embody La Païva, because she’s looking at this allegory. Beside the staircase, la chambre des fournisseur, where sales took place. On the ceiling l’Apotheose de la femme entourée d’enfants by Faustin Besson. The 4 archivolts, decorated with 2 griffins, show a medal with a pot, some tulips and a sunflower, evoking the myth of Clytia. The room opens on the dining room, where the beautiful fresco on the ceiling Le jour chassant la nuit, by Baudry, celebrates her once more, as well as the statues by the central hearth: two lions and a woman, sculpted by Dalou. The palace is pour voir, and pour être vu, a balcony on her bedroom opens on the Champs Elysées, while the Mansion is separated from the road by the porter’s lodge. There was also an external staircase leading directly to the dining room’s doors, but it was destroyed in 1960. We can still see a reproduction inside the café downstairs. Initially conceived to be just a Pavilion, it soon became a bigger project: court, winter garden and stables. And the winter garden is where we keep carrying on our walk. In fact, the ground floor is raised in order to enlighten the winter garden.

Upstairs, the most remarkable rooms are the bathroom and the bedroom. The first in moresque style, celebrating the hydrotherapy which was rediscovered at that time by prostitutes, while the bedroom has a beautiful ceiling and a malachite log fire, where a naked femme is looking at Cupid, presumably La Païva, once again. Every details is worth seeing, from the bas reliefs on the doors, to the black marble used for the windowsills.

To enter inside the Hotel de La Païva it’s a kind of initiation to luxury and beauty. An initiation which maybe started for her the day she was found nue et mourante, on the Champs Elysées, after a client pulled her off his carriage. That night she had promised herself that she should have built a magnificente demeure exactly in that place, and this anecdote is one of those qui peu importe si ce soit vrai ou faux.

On my channel, the video on the Hôtel de La Païva