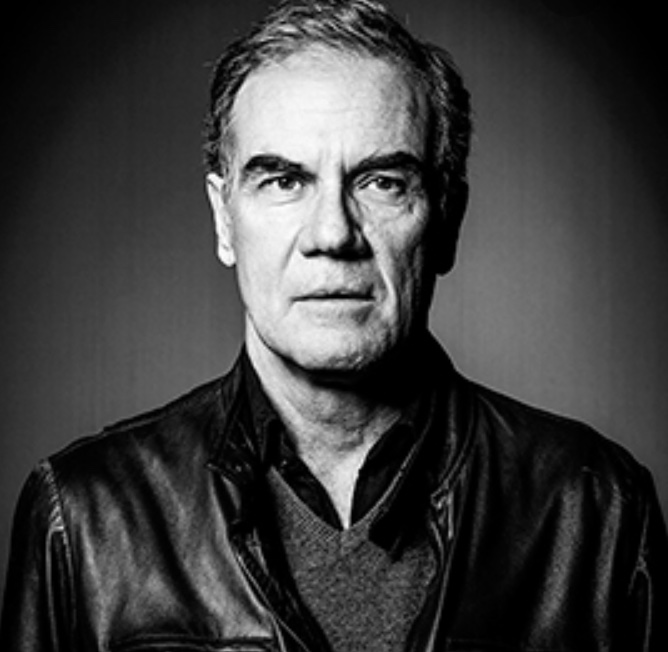 Interview with Edoardo Albinati on The Catholic School – the massacre of CirceoParis, November, a rainy day and almost 3 pm when the video call with Edoardo starts. He’s just back from Rebibbia prison in Rome, where he still teaches.

K.: Edoardo, your book, The Catholic School, has been recently translated into English by Picador, how important is this book in your career?

The C.S. is important, especially because it has had more readers than all my others books, but it’s not my favourite one. Although books are like children, each one different and unique, so we can’t really choose. Maybe “Life and death of an engineer” is the one I’m attached to the most; I wrote it when my father died, in 1991, but it was published more than 20 years later. It’s a book to which you can’t add anything. Actually, I wrote very different books, perhaps books for nobody, who knows. Maybe the C.S. was the most unlikely, and it is in a certain way, because it’s a challenge for the reader as well as for the publisher, Rizzoli: who wants to read a book of almost 1300 pages?

K.: Is Arbus your “Brilliant friend”?

E.: Yes, he is the ideal deuteragonist, it is important that he is ahead of the game in the story, more smart. He is foundamental to the story. Just yesterday I received an email from the real Arbus, he will come to Rome in December, and we will meet after 40 years. A. is modelled on a real person with whom I mixed and overlapped stories and characteristics useful for the book. In spite of some truth I said, and maybe didn’t have to say, true details that maybe i didn’t need to include and some others I made up (which could be embarrassing), he reacted positively.

E.: Not at all, he was pleased, he is a very special person indeed.

K.: Why did you start to write? Was there a trigger?

E.: I’ve always loved literature and reading books but the idea of becoming a writer arrived later. There was no trigger. There was a vacuum, and writing has been a remedy to fill it, to give myself a new life when I felt the need. Writing, among many other possibilities, was a way of “fixing” myself through a “gift” that I already had.

K.: At a certain point in the text you write: “Liberty, therefore, coincides with the shadow beneath which hypocrisy protects true feeling, it is specifically that dimly lit space, devoid of faith, ambiguous. The cool shade of disbelief. The virtual identity of bourgeois morality and Christian morality breaks at this point.” Can you explain what you mean?

E.: I don’t remember writing it. It is difficult to give it one meaning if we extrapolate. In the first part of the sentence, a negative sense of freedom prevails. Freedom means to be free of doing something, but moreover in not being obliged to do it, free to believe or not believe, not only in religion. Not only inner freedom but also public freedom, for instance that of not being subject to the majority.

K.: The book is also an attempt by the writer to understand how a Catholic school – for boys only – affected the criminal minds of the protagonists, so back to the ambiguous sentence above: is this a negative freedom because it’s a bourgeois freedom – the bourgeoisie who hides itself behind a false Christian morality – or it could be seen as a critic of Christian morality itself?

E.: I don’t dare to critique Christianity… who am I to do that? I say that for a long period Christian and bourgeois morality identified and mingled with each other, then they took two different paths. It was inevitable, and the determining factor is faith, a bourgeois struggles a lot to have one, and it’s not enough to go to church, not anymore.

K.: Can we say that individual and political freedom can’t exclude sexual freedom?

E.: It seems to me that sexual freedom gave rise to a permanent obligation to practice the abuse of sexual power. There is a principle at the base of every individual freedom: the fact of having privacy of our own body, of ourselves as persons, which nobody can violate, neither individuals nor governments.

The decline of sexual freedom started between the ‘60s and ‘70s, it was the freedom of doing things that we couldn’t do before. Then the practice of this freedom became more or less compulsory, so it became a non-freedom. What was forbidden before became compulsory: the cession of our body. We can say that, within a shorter time, it’s more or less what nationalisms did. In the 1800s nationalism was progressive, in 1900s it became the opposite. The process of sexualisation in western society comes from sexual emancipation but soon becomes its opposite, and its object it’s always the woman’s body: which is the object of compulsory, unlimited consumerism as it was the object of repression before.

K.: What do you mean when you say we feel obliged? Who is feeling obliged? We often talk about woman’s emancipation; we should talk about man’s emancipation as well, such as emancipation from his distorted idea of virility. Men have always been sexually free in comparison to women, but this has nothing to do with emancipation. When women have claimed their right to desire, men have felt oppressed as women did before them, is this what you mean?

E.: Things are never so schematic. Men’s emancipation, every emancipation, would mean to get rid off stereotypes, of all kind of stereotypes: religious, political, cultural, masculine, feminine. This has a high cost and puts every individual who undertakes this path into crisis. Not many men are ready to look for independence from this stereotyped masculine figure, because they are scared to switch from the role of oppressor to that of oppressed, provided we exclude a priori, of not being one or the other.

K.: In the C. S., referring to the assassins, you write “woman’s virtue is a reason for disgrace”. Is this a sentence as negative as the one on freedom? According to Christian morality, a woman’s virtue is something inviolable; could these assassins feel provoked by it? Women’s emancipation exposed them to higher risks? The two victims went to the party alone, a behavior those guys weren’t accustomed to; could these new habits have provoked the guys’ violence

E.: I don’t think “women’ s virtue is a reason for disgrace”, but I try to enter, without closing my eyes, into the heart of misogynous thought and into the actions that this thought provokes: the rage, the resentment, even the hate that men can feel towards women, but above all the fear they have. The feeling of fear easily turns into aggression: as if someone felt threatened in his power and had to restore it with violent acts, retaliations or a trial of strength. My book examines the many shapes scorn against women assumes, the doctrines which preach woman’s submission, and the particular way some men’s groups have to strengthen their “fraternity” through gang violence. The Circeo’s assassins and their attitudes came from different sources like: a class “entitlement”, neofascism, a will to punish their victims, the practice of destruction and autodestruction.

K.: In Italy women’s dis-emancipation started with Mediaset and programs like Drive-in during the ‘80s. On one side we had the bourgeois woman forced to stay at home and on the other the “Lory del Santo”[1] starlettes, who became the new saints for the young guys and not only them: our former prime minister educated a whole nation to appreciate a kind of soft porn. This dichotomy doesn’t seem to have a solution. In a recent article the bourgeois woman is the one who has legitimated our capitalistic society, because it is she who has endorsed a hierarchy of power, starting with her submission to men.

E.: In Italy, woman’s condition is worsening in the name of a fake freedom. Showing bottoms and breasts from morning to evening on TV is not emancipation, it’s oppression. In the last 30 years there has been an increase in woman’s exploitation, as well as that of her body, paradoxically claimed as an expression of greater freedom. This happens when liberalisation takes the shape of consumerism. So paradoxically today we have a more sanctimonious and sexist society than before.

K.: What do you think of the intellectual querelle between Pasolini and Calvino about the massacre of Circeo. Pasolini accused Calvino of being interested in the massacre because it was a bourgeois massacre, while according to Pasolini it illustrated instead the ways in which the differences between social classes were disappearing.

E.: I think that the main fault of our intellectuals, when they write for newspapers, is to come to hurried conclusions. The intellectual’s duty to comment is not a duty, it’s a symptom of anxiety. So often, in those debates, they end by obscuring rather than clarifying facts, but of course everyone is free to express himself. The journalistic wave which followed the massacre of Circeo created lots of indignation and not a true reworking. Many words but mostly rhetorical and ideological.

K.: Dacia Maraini’s article about the C.’s M. has been very interesting reading. I found abhorrent the wide appeal of the detail about the victim’s virginity. People were waiting to know if the victim was really virgin before crying for her!

E.: One of the aspects of the consequences of this crime was that, for the very first time, the Italian feminist movement could line up and become an absolute protagonist in Italy, a country which was living a total underdevelopment sexual condition, and for this reason became a very interesting laboratory. Feminism became a strong political voice, maybe the most significant of our time.

K.: To conclude I’d like to ask you Edoardo: what was the subject of your thesis, which is your preferred foreign literature, which book did you last read, and what book are you writing now?

E.: My thesis was on some poets and Italian artists between 1960 and 1980: among them Sanguineti, Dario Bellezza, Milo De Angelis, Paolini and Cucchi. I have a preference for English literature; to mention just one of my favourites The good soldier by Ford Madox Ford. The last book I wrote is An adultery, which was inspired by David Vogel’s, In front of the sea. Anyway, I define myself as a libertine in literature, as I have many lovers but no one exclusive. The last book I read was: Colibri (Hummingbird), by Sandro Veronesi.